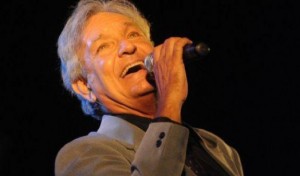 Santi Carulla is a great guy, someone you really enjoy talking to. He is also one of the people who made possible that the Spanish audience from the 60’s could understand what the heck The Beatles lyrics were about, thanks to the covers he made in front of his band, Mustang.

As he has explained several times, his band was one of Brian Epstein’s favourites, and they had preference to record, before no one else could, a Spanish adaptation from The Beatles latest hits. That’s the reason why they frequenly were amongst the first people in the whole world that could listen to The Beatles newest songs.

In such a way, between 1964 and 1965, Mustang turned “I Should Have Known Better” into “Conocerte mejor”,  “No Reply” into “Nadie respondió”, “Help!” into “¡Socorro!”, or “Ticket to Ride” into “Un billete compró”. And in 1966, “Submarino amarillo” (“Yellow Submarine”) was finally the song that made them unforgettable for several generations.

In 2016, it’s already 50 years from the publication of such single (and of course also 50 years from The Beatles LP that included the original “Yellow Submarine”, “Revolver”), and Santi Carulla keeps on rocking with the same energy as always.

If last year he actively contributed with the Barcelona Beatles Weekend providing advice and performing with the bands Xaints and Abbey Road, this year he has prepared several surprises for us.

Will he sing “Submarino amarillo”? 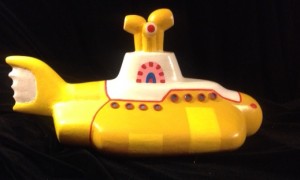